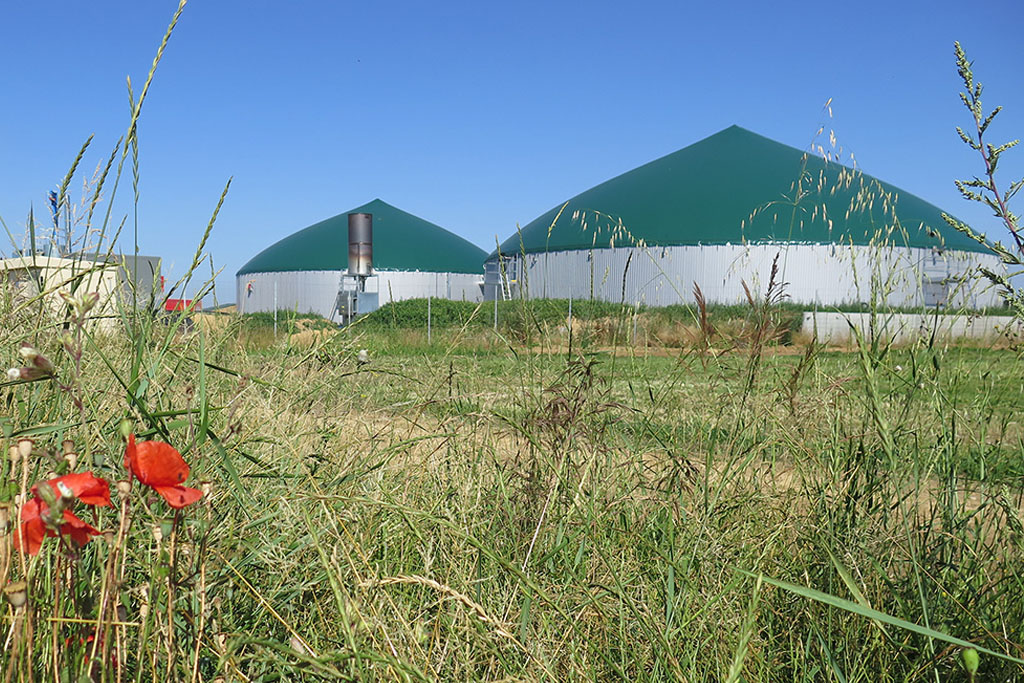 The first plant is to be built in Chauconin-Neufmontiers, a good 40 kilometres northeast of Paris in a region where Hitachi Zosen Inova (HZI) has already delivered several installations. As for the previous projects, the new client also operates in agriculture. The three-tank digestion system, with a downstream membrane unit for upgrading the biogas, will create an additional source of revenue, with energy recovered from catch crops (known in France as CIVEs), agricultural residues and plant food waste to generate biomethane for a total energy production of around 24 GWh/a.

The same applies to the clients for the other two projects, to be built in Boutigny-sur-Essonne (to the south of Paris) and Mont-l’Évêque (to the north of Paris). These two projects mark HZI’s entry into new regions in France. Grégoire Letissier, Sales Manager France at HZI, explains the company’s success in landing these contracts in the departments of Essonne and Oise: “Agricultural customers have a good network, and they talk about the quality and performance of our plants.”

The project in Chauconin-Neufmontiers is due to kick off at the beginning of August. Construction of the digestion system’s tanks will commence in October, and production of the gas upgrading unit, featuring membrane-based gas separation, will start in December. The units will be produced on a modular container basis at HZI BioMethan’s base in Zeven, Germany, and transported from there to the three construction sites. The Chauconin-Neufmontiers installation will inject its first biomethane into the national grid (GRDF) in September 2021. Boutigny-sur-Essonne and Mont-l’Évêque will each follow at a month’s interval, with the last of the three projects online by November 2021.