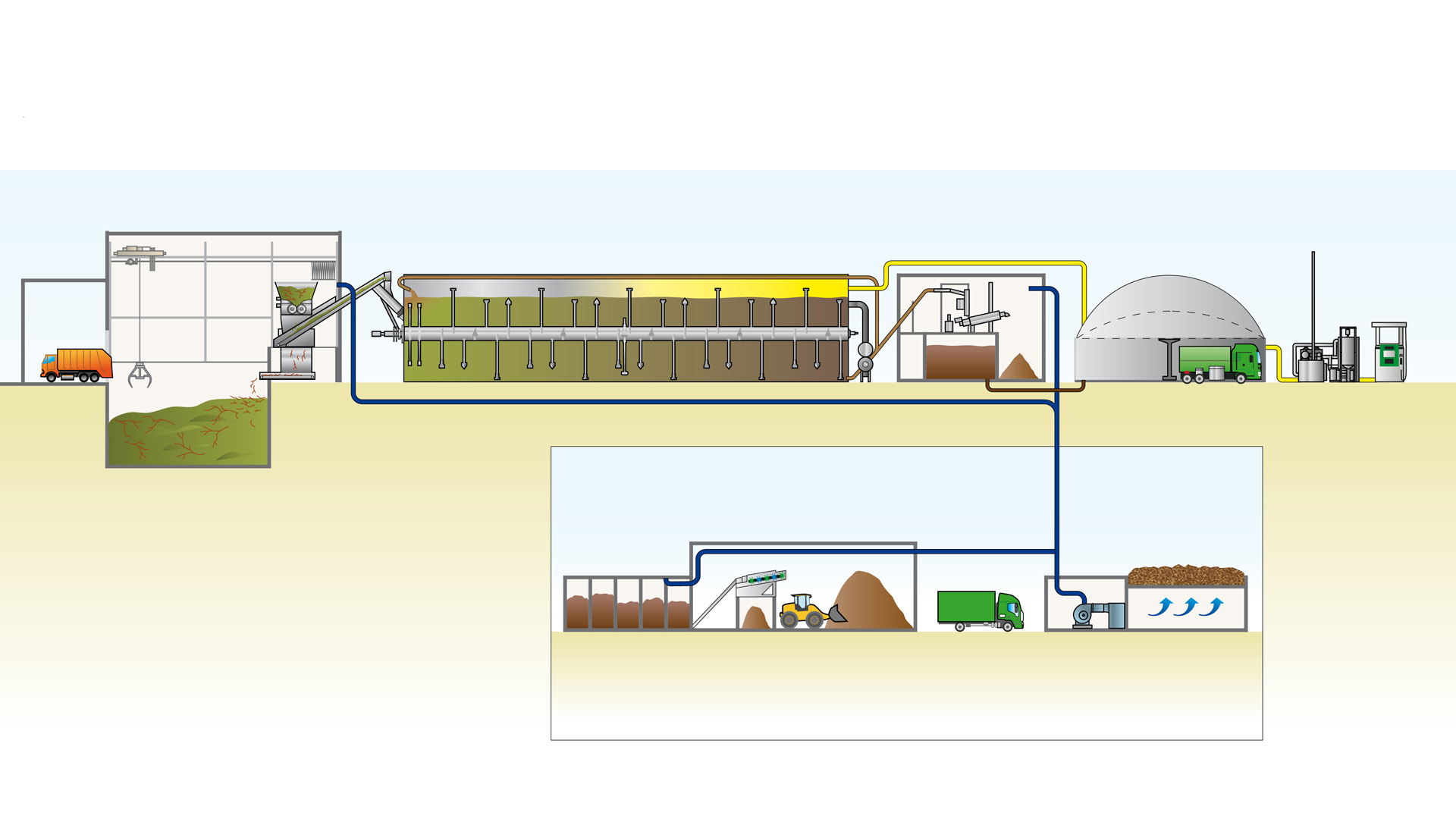 In 2015 Sweden launched an initiative aimed at radically reducing the country’s carbon emissions and making it the first industrialised nation in the world to become a fossil fuel-free economy. HZI actively contributed to the achievement of this target with Sweden’s first Kompogas®plant. On the site of the Renewable Energy Park in Högbytorp, around 40 kilometres to the north of Stockholm, three Kompogas®PF2100 steel fermenters assure dry fermentation of the organic waste delivered. The plant upgrades the biogas produced to around 6.8 million Nm3/a of biomethane, which is fed into the local gas grid.