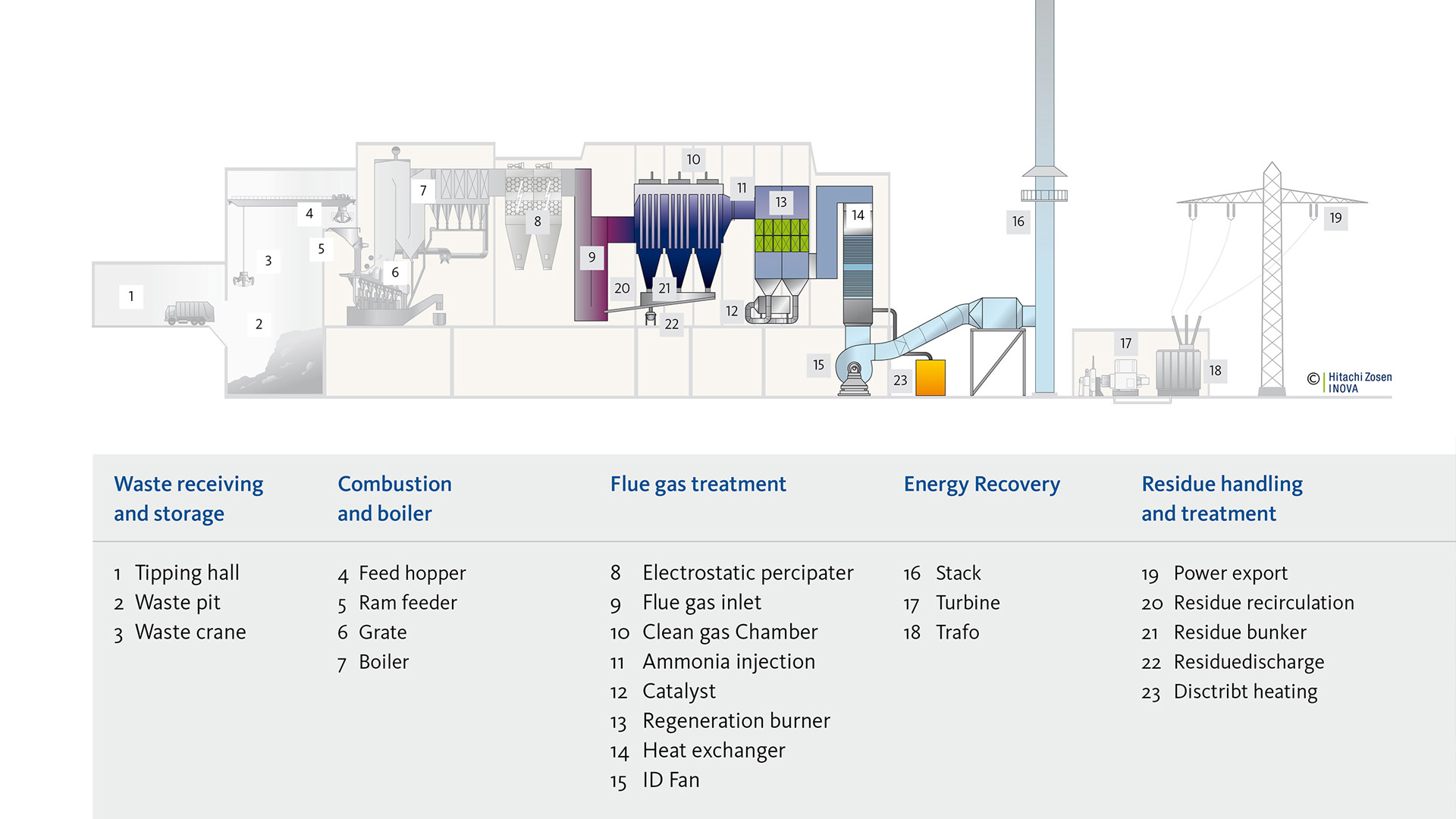 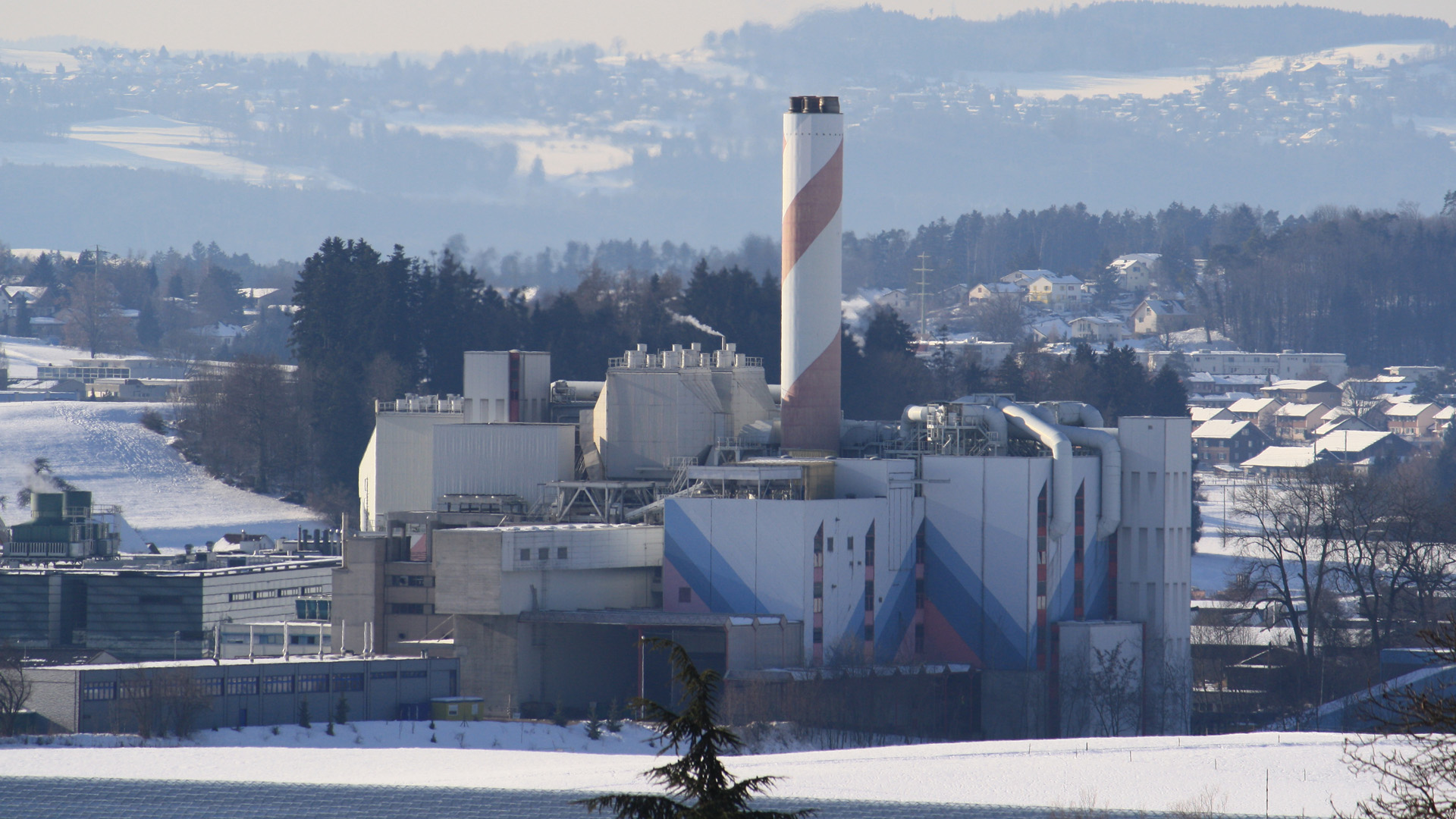 The Kezo Hinwil EfW plant comprises three combustion lines, two of which were built in 1976 and one in 1995. The three flue gas treatment units, which were modernised between 1991 and 1995, used a combination of wet flue gas scrubbing and SCR DeNOx. They were replaced in 2012 with two lines using Hitachi Zosen Inova’s Xerosorp+ process.