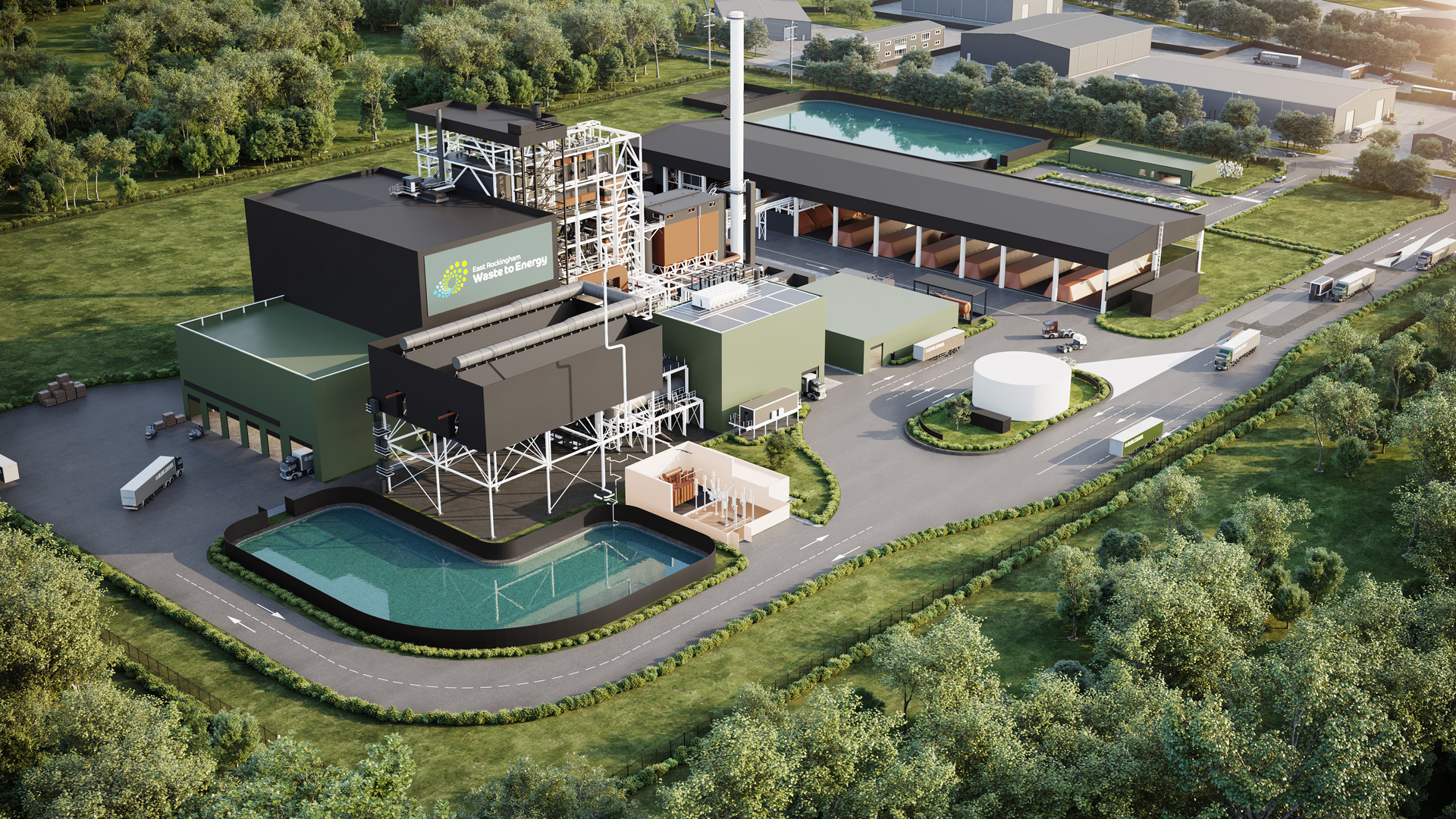 The East Rockingham EfW plant is being built around 40 kilometres south of Perth in the state of Western Australia. The project was developed by a consortium consisting of HZI, the Australian project developer New Energy Corporation, and the project developers Tribe Infrastructure in Abu Dhabi. The contract to plan, construct and commission the plant went to an EPC consortium consisting of Acciona Industrial and HZI. The facility will recover thermal energy from 300,000 tonnes of municipal and industrial waste a year to generate 28.9 MWe of electricity, to be fed into the grid for supply to the agglomeration around Perth. For 20 years the plant will be operated by a consortium of Suez and HZI.