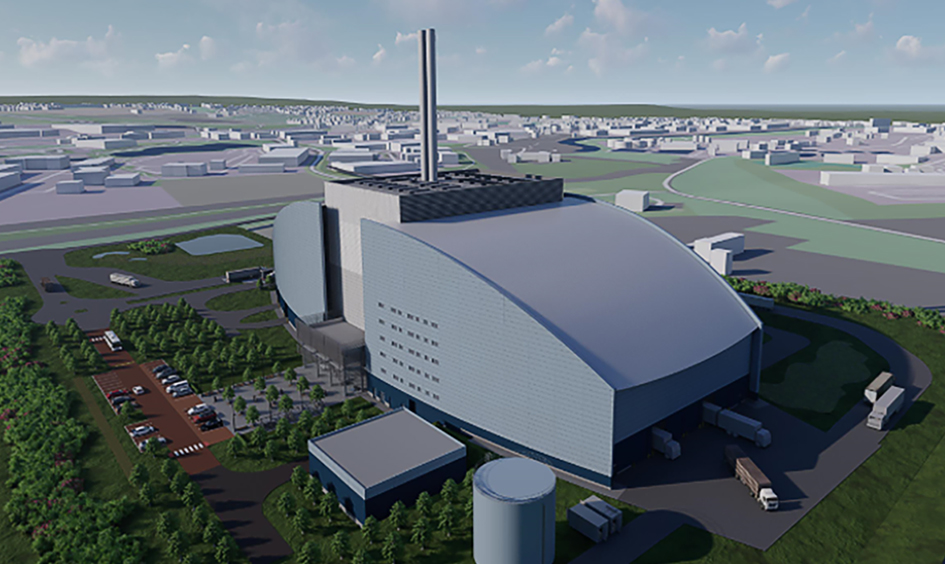 enfinium Skelton Grange Limited is building an energy-from-waste plant in the English county of West Yorkshire for the annual recycling of 410,000 tonnes of residual (post-recycled) waste. The process will generate up to 49MW (gross) of electrical energy, which will contribute as baseload energy to the electricity supply of more than 100,000 English households.

Leeds, UK. Hitachi Zosen Inova (HZI) has been awarded the contract to build a new Energy-from-Waste (EfW) plant in the south of the English city of Leeds. The client is enfinium Skelton Grange Limited, formerly Wheelabrator U.K. (WTI) and Multifuel Energy Limited (MEL). From 2025, around 410,000 tonnes of non-recyclable municipal and commercial waste from Yorkshire and neighbouring regions will be processed annually. The process will generate up to 49MW (gross) of electricity, which will be fed into the National Grid as partially renewable energy – enough to meet the electricity needs of more than 100,000 homes. “The U.K.’s drive for sustainable waste management includes clear recycling targets as well as ensuring that non-recyclable waste does not end up in landfill, but is also recycled in such a way that energy and valuable materials are recovered in the process and produced at lower overall carbon footprint”, says Fabio Dinale, VP Business Development at HZI. “Modern EfW plants like the one being built at Skelton Grange make a significant contribution to this.”

The new infrastructure project will be built on the site of the former Skelton Grange Electricity Works, which were decommissioned in 1983 and 1994 respectively. The new plant will have two incineration lines, which will be equipped with HZI’s own EfW technology. In addition to the HZI moving grate, it will also include XeroSorp®, the dry cleaning process, also from HZI. The multi-stage flue gas cleaning system is state-of-the-art, meets the strict requirements of the applicable emission directives and fully satisfies the high demands placed on a modern EfW system.

With the signing of the contract on 7 July 2021, HZI will begin work on what is now its 14th project in the United Kingdom. Fabio Dinale underlines the relevance of the latest project for HZI: “The U.K. remains an important market for HZI and we are proud to build this project for enfinium Skelton Grange Limited and support them in bringing U.K. waste management a step forward again.” HZI and enfinium have a long track record of working together, having most recently successfully delivered Ferrybridge 1 and Ferrybridge 2, two of the most efficient and reliable waste-to-energy facilities in the U.K. “We look forward to partnering with HZI to deliver this critical waste infrastructure facility which will continue to deliver on our mission of powering green communities and the circular economy. The lessons learnt and synergies with Ferrybridge 1 and 2 have put us in a very strong position to optimize Skelton Grange, and will ensure we successfully deliver a highly reliable and efficient facility on time and on budget”, said Julia Watsford, Chief Executive Officer at enfinium.

The first construction work on the site will start July 2021. Full commissioning of the plant is planned for 2025