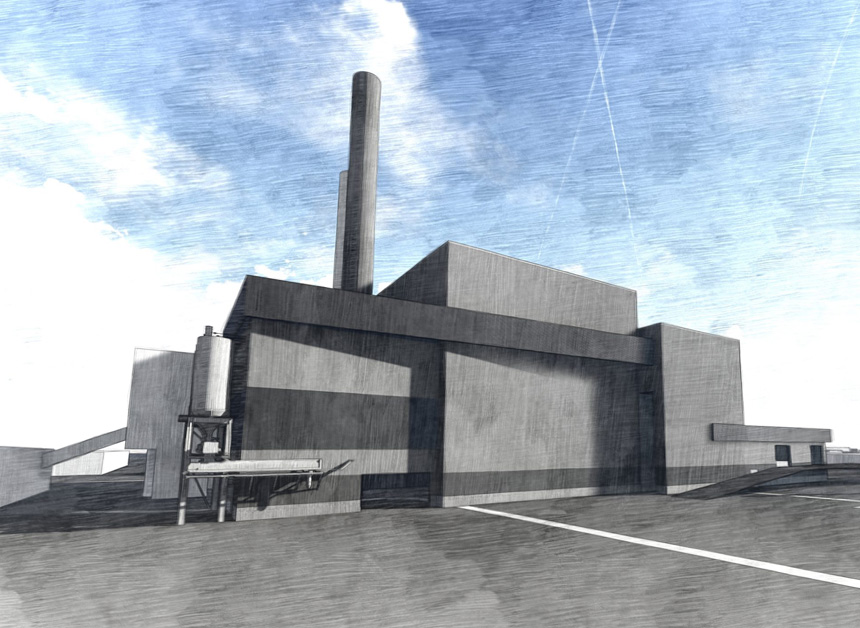 HZI Receives Notice to Proceed for the Construction of a New Energy from Waste Plant in Slough, England

A joint venture consisting of UK energy company SSE Thermal and Copenhagen Infrastructure III K/S, a fund managed by Copenhagen Infrastructure Partners (CIP), has granted Hitachi Zosen Inova (HZI) notice to proceed for the construction of a new energy from waste plant on the Slough Trading Estate near London. The installation will use processed waste to generate around 49.9 MW of electricity per year. It will be the third project that SSE Thermal and HZI have worked on together.

The joint venture between SSE Thermal and CIP has been the driving party behind the development and realisation of South East England’s latest Energy from Waste plant (EfW). It has granted Hitachi Zosen Inova (HZI) notice to proceed with construction work for the Slough project, to the west of London’s Heathrow Airport.

Fabio Dinale, VP Business Development at HZI, said: “Being part of this infrastructure project marks another milestone for us, since the UK is one of the most important markets for EfW projects in Europe. I am convinced that the realisation of this latest installation will not only contribute to the diversion of waste from landfill in the UK, but will also help enhance global awareness of the proven EfW technology and its contribution to sustainable waste management”.

The Slough EfW installation marks the third plant built by HZI in conjunction with SSE Thermal, following the Ferrybridge Multifuel 1 and 2 plants in West Yorkshire, and HZI’s thirteenth project in the UK. Stephen Wheeler, Managing Director of SSE Thermal, said: “We look forward to delivering another industry-leading Energy from Waste project with HZI. When completed, Slough Multifuel will play a key role in the UK’s sustainable waste management, diverting thousands of tonnes of waste away from landfill, and instead converting it into a valuable source of energy.”

The plant will be constructed at SSE’s site on the Slough Trading Estate, where parts of a former plant have been decommissioned and demolished. A remaining feature of the former plant is the cooling tower, which will be integrated into the new facility.

After going into full commercial operation, expected in 2024, the plant will process around 480,000 tonnes per year of mainly commercial waste from the Greater London Area, and generate around 49.9 MW of electricity that will be fed into the National Grid. Additionally, up to 23 tonnes of processed steam per hour will be delivered to a nearby food factory.

Christina Grumstrup Sørensen, Senior Partner at CIP, said: “CIP is excited to take Slough Multifuel into the construction phase, together with HZI, to deliver a state-of-the-art waste management facility which will offset more than 147,000 tonnes of CO2 per year and provide power to more than 100,000 homes.”

Enabling works at the site are ongoing and due to be completed by the end of 2020, with the first construction work on the site scheduled for 2021. Construction is expected to take approximately 3.5 years.