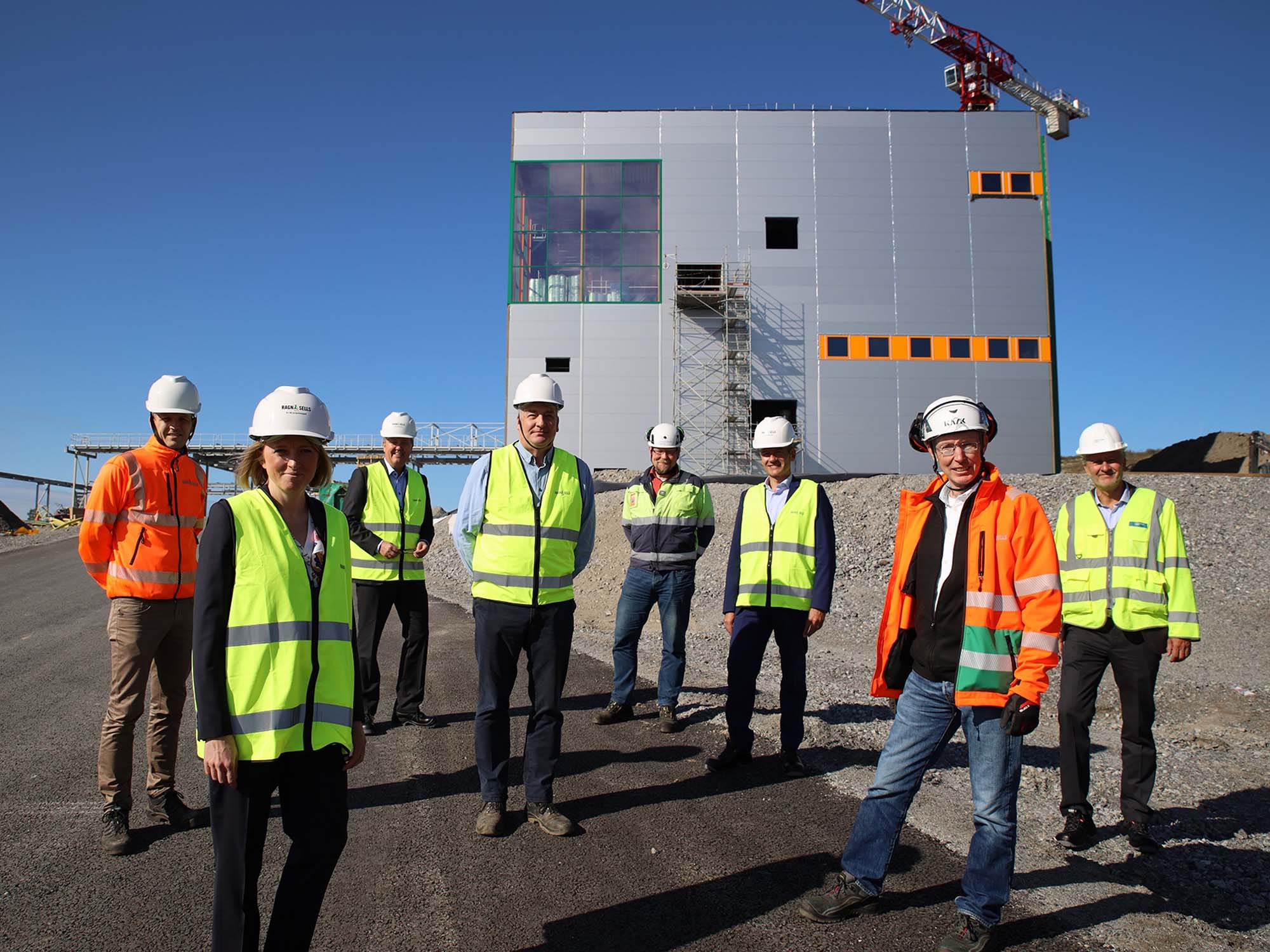 On Wednesday, 15 September 2021, the Swiss-Japanese cleantech company Hitachi Zosen Inova and the Swedish innovation company EasyMining – a daughter of the environmental company Ragn-Sells – have entered into an agreement covering the use of EasyMining’s Ash2Salt process. Under this agreement, Hitachi Zosen Inova will expand the market for this unique technology outside the Nordics.

As a plant engineering company specialising in energy from waste plants, Hitachi Zosen Inova has been developing and installing systems for fly ash washing for several decades. After an initial collaboration with EasyMining, Ragn-Sells’s innovation company, in May last year, the two parties have now decided on a long-term cooperation. As a licensee for EasyMining’s patented Ash2Salt technology, Hitachi Zosen Inova will in future market this emerging system for extracting salts from fly ash outside Scandinavia. “We are thrilled that a large and reputable company like Hitachi Zosen Inova sees the possibilities with our Ash2Salt technology. It is gratifying that they see such potential with the technology that during the construction of the first Ash2Salt plant at Högbytorp they now want to license the technology in countries outside the Nordics,” says Anna Lundbom, Head of Marketing at EasyMining.

Win-Win for Both Companies
The collaboration is promising for both companies. While EasyMining can capitalise on HZI’s position as a company that operates internationally and which can thus introduce the Ash2Salt technology to new markets, HZI benefits from the innovative technology that can now complement its existing fly ash washing offering. “EasyMining’s Ash2Salt process is an excellent addition to our fly ash cleaning processes. The recovery of salts from fly ash is not only beneficial for the plant operator, but also brings us another step forward on our way to a circular economy,” explains Dr Volker Wiesendorf, Director Sales Energy from Waste at Hitachi Zosen Inova.

First Plant Already Under Construction
In May 2020 Ragn-Sells started the construction of the first Ash2Salt plant in Högbytorp outside of Stockholm, Sweden. Hitachi Zosen Inova designs and constructs the process technology. The construction is progressing well, and the plant will be up and running in summer 2022. Initially, the plant will be able to receive and process up to 135,000 tonnes of fly ash per year.

Fly ash, which is classed as hazardous waste, is what is left over from scrubbing the flue gas from waste incineration. The Ash2Salt plant will wash the fly ash and recover from it the salts sodium chloride, calcium chloride and potassium chloride for various commercial applications. One of the advantages of the technology is that the ash no longer needs to be disposed of as hazardous waste and that valuable substances in the ash are recovered and reused. “If we are serious about creating a sustainable society, we have to use more of the raw materials we have already extracted, and the Ash2Salt technology is a great example of this,” concludes Anna Lundbom.

The Ash2Salt technology will be applicable in all countries where flue gas residues from incineration needs to be handled. As per agreement, Hitachi Zosen Inova will be the licensee in Germany, France, the United Kingdom, Switzerland, the Netherlands, the People’s Republic of China, Japan, Spain, Belgium, Italy, Austria and Australia. 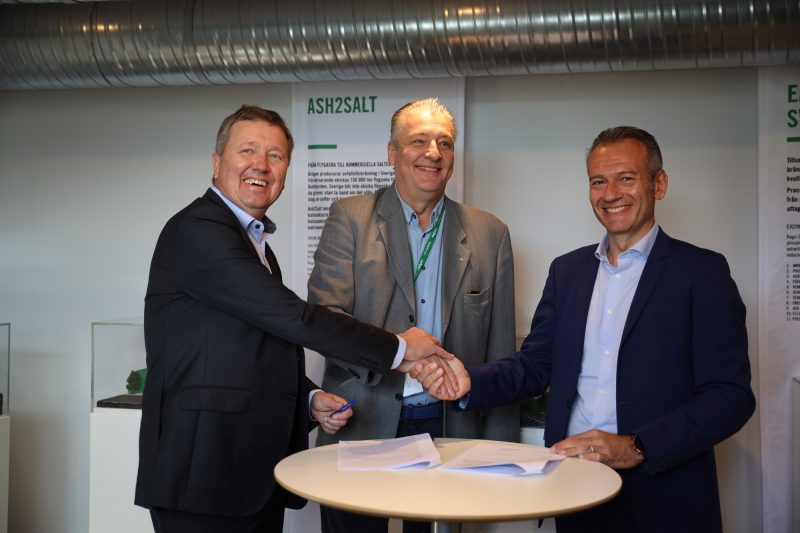 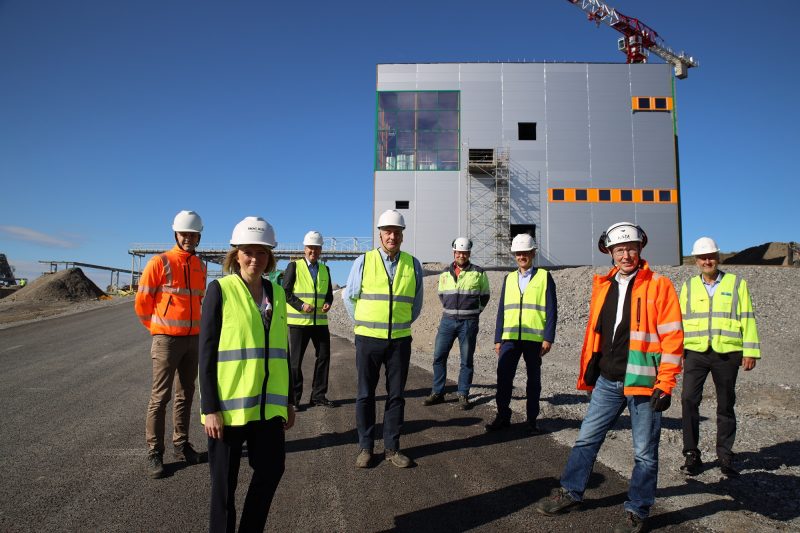 Following the signing of the licence agreement, the representatives of EasyMining, Ragn-Sells and HZI visited the construction site of the Ash2Salt plant in Högbytorp, Sweden